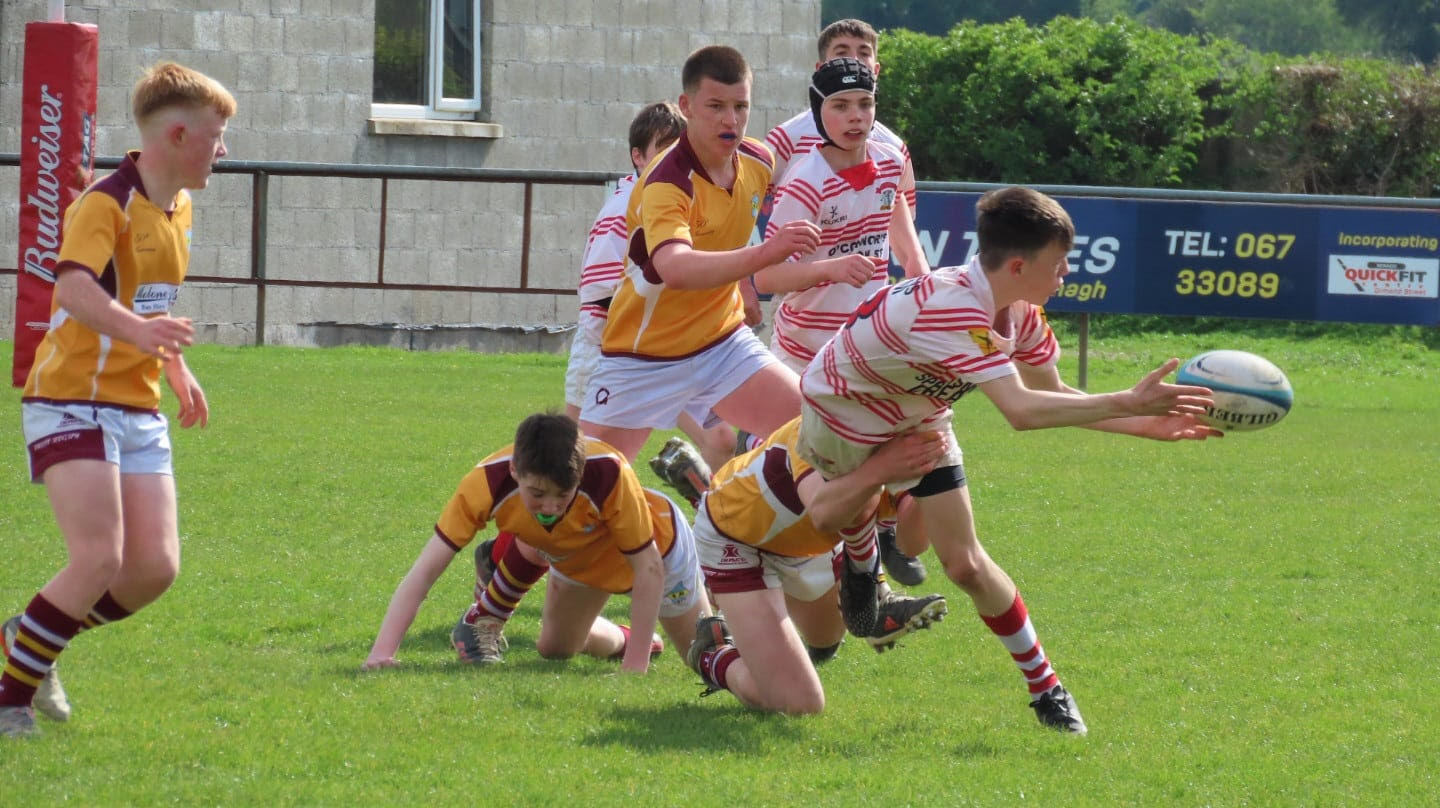 Nenagh Ormond advanced to the final of the North Munster under 15 Cup with a solid display in Lisatunny on Sunday last. The home side opened the scoring after seven minutes when lock, Ryan Gratton drove over from a short penalty move. The same player was on hand again after 16 minutes to support a break down the wing and get in for a good team try.

Both tries were converted by no. 10, Cillian Healy who also added a penalty to leave the score at 17 – 0 to the home side.

Nenagh kept up the pace in the second half and scored two tries through Kedagh Broderick. In fairness, it was not all one-way traffic and Bruff played some great rugby too. They managed to work their way to the Nenagh line but some determined defence by the home side kept them out. After a few penalties the referee issued a yellow card for what he deemed to be persistent infringement. Ryan Gratton was the unlucky recipient.  Bruff finally breached the home line for a try in the corner but  the conversion was unsuccessful.

All in all, this was a solid performance by the home side with some solid tackling and defending throughout. We can look forward to the Cup and League finals with confidence.

Man of the Match was Ryan Gratton for a strong display at lock and later when he switched to no. 8.